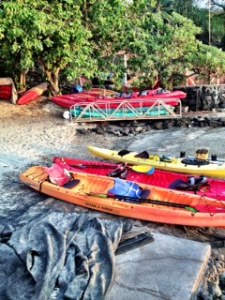 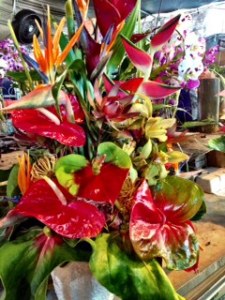 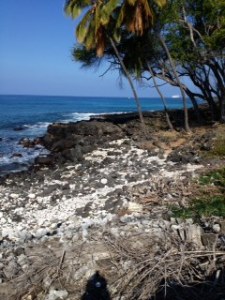 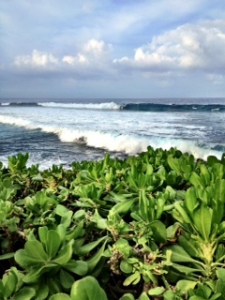 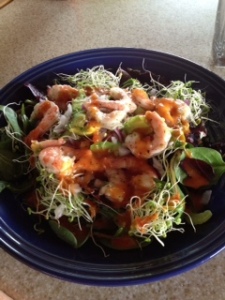 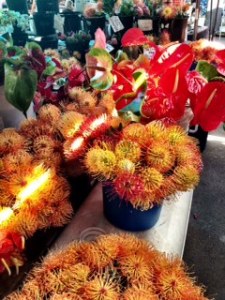 I am gone – I left the island in the dead of night with a stiff breeze behind me, embarrassed almost to be leaving because who in their right mind would leave, and flew back to northern Cal. I didn’t really want to leave and my dread of the long night ahead of me on the plane was punctuated when the person next to me spilled a full glass of tomato juice all over my carry-on.  I took it as an omen that I was going to hate the trip home. I really didn’t want to leave, or did I already say that. The island life is alluring, delicious, sensual, colorful and it grows on you. You roll around in the ambience, like a dog on a good smell, wanting to get it permanently into your pores. It is sensory overload 24/7. I wanted to really be there – not just visiting. I met a lot of new people who I already believe will be friends, I painted, I wrote and I thought a lot. We took day trips, we went to street fairs and markets, we visited art galleries and many beaches.  I took about 7 million pictures and told myself I was absolutely allowed to stand there on my beach of choice for over an hour if I wanted to, attempting to capture the perfect wave in one magnificent photo.

But now, as the James Taylor song says, “Say nice things about me – cuz I’m gone.”

The seduction of color hits you at every turn in Hawaii. Those of us who are hooked on it, who must have our daily fix, who lap it up and eat it whole with juice dripping down our cheeks as we photograph it, who live and breathe it and cannot possibly get enough of our junkie habit, our COLOR drug of choice, well we are happy as hell on the islands.

The paintings I finished over there in lala land were like alien creations – colorful, wild and a little bit too free even for me. Like craft day in the loony bin. Kind of mindless and silly with metaphorical smiles. Abstract to be sure, and I know it was my hand that painted them because I watched it happen, but somewhere along the way they went all goofy and the color became almost the only thing. It was fun while it lasted, however. I worked fast while held in the zany clutches of some island gremlin and lost my common sense as I flung the paint around. I guess that would be called painting with abandon. A good thing, really, to be able to unleash that inner 3 year old and give her an afternoon purely for her enjoyment. She got her wiggles out.

But she grew up fast on the ride home when that tomato juice hit the fan. It seemed symbolically rude. Like a smack in the face that said, “Ha Ha, nanny nanny foo foo – you have to go home now.”

And so I did – I took my toys and went home.

Wow is it drab here at home in the middle of February. When I returned from the island, the barefoot confetti life gave way to the black frost bitten gerbera daisies in the pots around the patio. Spring is still a way off here.

But I have pictures to prove the validity of paradise and what it does to you. Wanna see some?

And don’t you know when the cold wind blows it’ll turn your head around.  55 degrees seems like freezing as I leave baggage claim and load my stuff into a friend’s car for the drive back to Lincoln.

Was that place a dream?

2 responses to “The Creative Epiphany – Gone”